This book examines the lives of several high ranking men to illustrate the ways in which the traditional government of Ming China was inflexible and unable to meet the needs of the nation. Far from a ... Read full review

This is a book for a specialist. The author assumes a fair amount of knowledge from the reader, from the Four Books to yin and yang. Also the syntax of the writing is a bit unusual. I believe that the ... Read full review 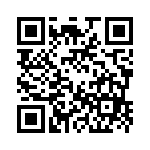