this looked promising- but the edition I ended up with from a used book sale was so riddled with typos that I couldn't make it past the thirtieth page. I wouldn't like to mention the publisher of this ... Read full review

A pretty good book with more of a narrative feel to it than some other "Year 1000" style medieval histories. Not the best, but not the worst either. It's not good enough to read twice. Read full review

Richard Erdoes traveled a long way from his birthplace in Vienna, Austria, to become a prominent writer on Native American issues and the Indian Civil Rights Movement. Born on July 7, 1912 into an artistic family, Erdoes moved to the United States where he lived and worked as a magazine illustrator and photographer. While visiting an American Indian reservation, Erdoes was shocked and outraged at conditions he found there. Although Erdoes had illustrated many books during his long career, the first illustrated work of his own dealing with Native Americans was The Pueblo Indians (1967). While doing a painting and portfolio for Life magazine on a Sioux Indian Reservation Erdoes met an old medicine man that asked him to write his biography. This resulted in Lame Deer, Seeker of Visions (1971). Erdoes lives in Santa Fe, New Mexico, where he writes, paints, and is active in Native American issues. 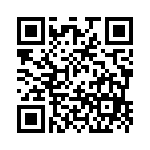