William I. Robinson received his Ph.D. in Sociology and M.A. in Latin American Studies at the University of New Mexico, and B.A. in Journalism (major) and International Studies (minor) at Friends World College, Huntington, N.Y., including four years of study in Kenya, Nigeria and Costa Rica as an undergraduate. He is currently an Associate Professor, Department of Sociology, Global Studies, and Latin American and Iberian Studies, University of California at Santa Barbara. He has authored numerous books on globalization, including A Theory of Global Capitalism: Production, Class and State in a Transnational World Baltimore: Johns Hopkins University Press, 2004; Transnational Conflicts: Central America, Social Change and Globalization London: Verso, 2003; Promoting Polyarchy: Globalization, U.S. Intervention, and Hegemony Cambridge: Cambridge University Press, 1996; A Faustian Bargain: U.S. Intervention in the Nicaraguan Elections and American Foreign Policy In the Post Cold War Era Boulder: Westview Press, 1992, and David and Goliath: The U.S. War Against Nicaragua New York: Monthly Review Press, with Kent Norsworthy (also published by Zed Press, London), 1987. He has also contributed to a number of books and journals on globalization. 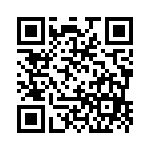