Reading this fascinating book is like registering for a survey course in the History of Afghanistan. However, this is a double-edged sword in that returning to read it is not necessarily a pleasure ... Read full review

Ever since The Kite Runner, A Thousand Splendid Suns, and Three Cups of Tea, I’ve found Afghanistan to be a strangely compelling region. In those books, there was a different sense of the humanity of ... Read full review

Thomas Barfield is professor of anthropology at Boston University. His books include The Perilous Frontier: Nomadic Empires and China, 221 BC to AD 1757; The Central Asian Arabs of Afghanistan; and Afghanistan: An Atlas of Indigenous Domestic Architecture. 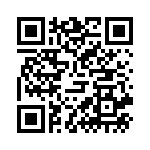