KOICHI TOHEI was born in January 1920 and graduated in 1942 from the economic department of Keio University. At the age of 17, he began the study of Misogi and Zen. At the age of 19, he started to study Aikido. At the age of 25, he studied mind and body unification with Tempu Nakamura. He had spread
the principles of Ki and Aikido in the USA and Europe beginning in 1953. In 1971 he founded the KI NO KENKYUKAI. The KI NO KENKYUKAI is a foundation that was created to spread the principles involved in becoming one with the universe and how to app1 these principles to the execution of Kiatsu and to
one's daily life. 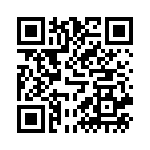