Adam Winn is Assistant Professor of New Testament at Azusa Pacific University (Azusa, CA). He serves as an affiliate faculty member for Fuller Theological Seminary. He is the author of The Purpose of Mark's Gospel: An Early Christian Response to Roman Imperial Propaganda (Mohr Siebeck) and Mark and the Elijah-Elisha Narrative: Considering the Practice of Greco-Roman Imitation in the Search for Markan Source Material (Pickwick). 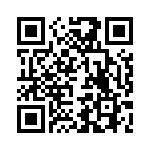