Jason D. Ensor holds a BA and MA in Australian studies and a PhD in communication studies from Murdoch University. 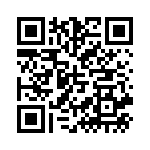