John Webster is Emeritus Professor of Animal Husbandry at the University of Bristol. Author of the widely acclaimed Animal Welfare: A Cool Eye Towards Eden, he is the founding father of the Bristol Animal Behaviour and Welfare Science group that has gathered evidence and pioneered the arguments necessary to achieve improved welfare standards for veal calves, broiler chickens, laying hens and dairy cows. 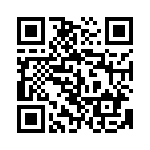