not in ILL, not worth wishlist Read full review

Page 197 - Believe me, love, it was the nightingale. ROMEO. It was the lark, the herald of the morn, No nightingale. Look, love, what envious streaks Do lace the severing clouds in yonder east. Night's candles are burnt out, and jocund day Stands tiptoe on the misty mountain tops. I must be gone and live, or stay and die.
Appears in 149 books from 1793-2007
Page 21 - The first number is the magnification - the higher the number, the greater the magnification.
Appears in 2 books from 2001-2007

Sean Dooley is a Melbourne author who has worked as a television comedy writer. He is a contributor to The Age, ABC radio and 3RRR, writing and talking about birds, environmental issues, sport and, well, anything, really. But his greatest claim to fame is that in 2002 he broke the Australian birdwatching record for seeing the most species in the one year. He then wrote about it in The Big Twitch, thereby publicly outing himself as a bird-nerd. 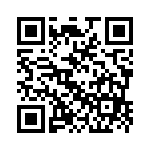