Peter Edwards, a graduate of the universities of Western Australia and Oxford, has published extensively in twentieth century history, principally on Australian foreign policy, Europe between the two world wars, and Australian-American relations. A Rhodes scholar, Harkness fellow and Harold White fellow, he was made a Member of the Order of Australia for his work as official historian of Australia's involvement in Southeast Asian conflicts. He lives in Victoria and is a Visiting Professor of the University of New South Wales at the Australian Defence Force Academy, Canberra. 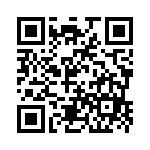