She has written several acclaimed books, including Notebooks, The Art of War, Treasures of Canberraand Adam & Sarah Explore Turner, has been art critic for The Australianand has written and presented successful television art programs such as Take Fiveand Hidden Treasures.

Earlier in her life she was a painter and won a travelling scholarship to Europe, where she became an associate and graduate of the Royal College of Art, London and gained a Master of Arts from the Courtauld Institute of Art at the University of London. She has four sons and seven grandchildren and lives in sheep country in the Southern Tablelands of New South Wales. 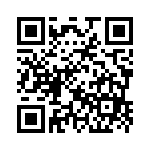