#2 in a police procedural series with central character Inspector Christian Tell. I reviewed the first, FROZEN MOMENT, in March 2011. While this was a very readable book, it is not a stand-out for me ... Read full review

Camilla Ceder (born 1976) has studied social science and psychotherapy, and besides being an author she also works with counselling and social work. FROZEN MOMENT is her debut novel. 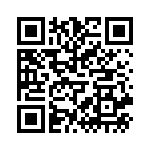