Dr Peter Stanley migrated with his family from Britain aged ten in 1966. He has become Australia's leading military-social historian, the author of twenty books, including Tarakan: an Australian Tragedy, White Mutiny: British Military Culture in India 1825-75, For Fear of Pain: British Surgery 1790-1850, Quinn's Post, Anzac, Gallipoli, Invading Australia: Japan and the Battle for Australia, 1942 and A Stout Pair of Boots: a Guide to Exploring Australia's Battlefields. He is also the author of Command to Colditz (Murdoch Books, 2009). Peter worked for the Australian War Memorial from 1980 to 2007, where he was Principal Historian, and is now Director of the Centre for Historical Research at the National Museum of Australia, Canberra. 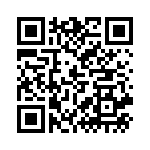