Molly Ladd-Taylor is Associate Professor of History at York University in Ontario and author of Mother-Work: Women, Child Welfare and the State, 1890-1930.

Lauri Umansky is Professor of History at Suffolk University and is the author of The New Disability History: American Perspectives and ""Bad Mother: The Politics of Blame in the Twentieth Century America. 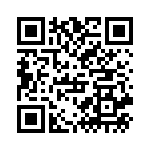