From the introduction, which clearly sets out the what, why and how of this practical and persuasive work, to the conclusion and recommendations, this is a book that says what it means and means what it says. There is a chapter of statistics for those who want to quantitatively know the odds. But for me the strength of this work is the argument it makes based on lived experience and its practical value for anyone seeking strategies to beat the odds. Beating the odds is leavened with humour — a demonstrably effective strategy for addressing the weight of the everyday sexism that pervades working life, whether or not you are employed at a university. I thoroughly recommend this book to anyone of any gender who wants to see and make a positive difference to gender equity in the world of work.

I wrote a PhD thesis on gender inequality in Australian higher education so I have probably thought about this issue a lot more than most people. Much of what Devlin writes about aligns with my conclusions but unlike my thesis, her book is funny. It also goes the extra mile in giving some really practical and entertaining suggestions on how to respond and act on the sexism that is alive and well in our universities. Even if those exact strategies aren't for every reader, they are a great starting point for thinking about how to recognise and subvert the sexist practices that create such uneven odds for women to succeed in the university system. I highly recommend it, not just for women or academics. This is an empowering read for women trying to get ahead across sectors.

An academic since 1991, a professor since 2008, senior university executive since 2012, and now a global thought leader in education and equity, Marcia Devlin has plenty of experience as a woman beating the odds. An accomplished academic, with colleagues she has won over $6 million in competitive, commissioned and other funds and has led numerous national research projects on education and equity. Internationally recognised for her expertise in these areas, she has been invited to give over 100 headline addresses in nine countries and has been elected a Lifelong Fellow of the UK-based Society for Research in Higher Education (SRHE). An award-winning writer, Marcia has over 320 publications comprising academic, professional and media outputs. She was a regular contributor and columnist for Fairfax Media for over 20 years, wrote for the Murdoch Press for more than a decade and has been writing for APN Educational Media since 2003. Marcia has also been published by The Conversation, SmartCompany, Women's Agenda as well as numerous academic publishers. Her research and commentary work are widely read and cited across the world.Marcia is a strong and vocal advocate for women. She has mentored, coached and/or directly and indirectly supported hundreds, if not thousands, of women seeking to progress and advance in their careers. She has created and introduced institution-wide programs to advance women's careers. She has personally supported numerous women to win awards - for their teaching, their leadership, their policy-making and their administration. Marcia served as co-leader of the Universities Australia Executive Women initiative, co-commissioning practical guides to help universities recruit more senior women and to sponsor women's career advancement.Women have told Marcia she has inspired them to ask for raises, say no to unfair requests, query decisions that negatively affect their career, make enquiries about pay gaps, challenge biases, negotiate higher salaries, change jobs, support their daughters in their ambitions, enrol in further qualifications to improve their career options and to improve their sense of worth and self-esteem. She has written this book to augment those contributions. 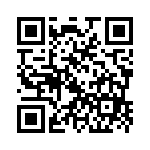