Khaled El-Rouayheb is assistant professor of Islamic intellectual history in the Department of Near Eastern Languages and Civilizations at Harvard University. 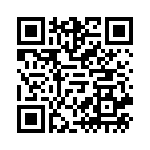