Avoid this book. Jakes promotes the Health, Weath and Prosperity Gospel and is a well-known false teacher and part of the Word Faith (Word of Faith) cult. Read full review

T.D. Jakes does it again...This book is a great asset to any single person, or a couple. He takes relationship to a whole next level and that's exactly what we need in this society today. Read full review

T.D. Jakes is the CEO of TDJ Enterprises, LLP; founder and senior pastor of The Potter's House of Dallas, Inc.; and the New York Times bestselling author of Making Great Decisions (previously titled Before You Do), Reposition Yourself: Living Life Without Limits, and Let It Go: Forgive So You Can be Forgiven, a New York Times, USA TODAY, and Publishers Weekly bestseller. He has won and been nominated for numerous awards, including Essence magazine’s President’s Award in 2007 for Reposition Yourself, a Grammy in 2004, and NAACP Image awards. He has been the host of national radio and television broadcasts and is regularly featured on the highly rated Dr. Phil show. He lives in Dallas with his wife and five children. 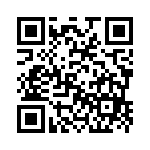