Believing Is Seeing: Observations on the Mysteries of Photography

BELIEVING IS SEEING: Observations on the Mysteries of Photography

Master documentarian Morris serves up an erudite, sometimes recondite examination of the power of photographs to conceal as much as they reveal.The author, known for films such as The Thin Blue Line ... Read full review

Errol Morris is a world-renowned filmmaker-the Academy Award- winning director of The Fog of War and the recipient of a MacArthur "Genius" Award. His other films include Standard Operating Procedure; Mr. Death; Fast, Cheap, and Out of Control; A Brief History of Time; and The Thin Blue Line. 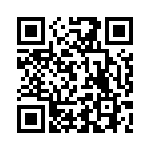