Richard Scarry (1919-1994) began his legendary career at Golden Books. Around the world, generations of children have grown up poring over Scarry’s oversized books such as Richard Scarry’s Best Word Book Ever! and Cars and Trucks and Things That Go. Scarry spent five years in the United States Army (1941-1946) drawing maps and designing graphics. A few years later, he left for New York City, where he intended to pursue a career in commercial art. But fate soon led him another way. As Jane Werner Watson—one of the original Golden Books editors—said in her unpublished memoir, “When a round-raced, wide-eyed young man fresh from a Boston art school and very much the proper Bostonian appeared with a particularly promising portfolio, he was promptly given an assignment. This was Richard Scarry, whose long-lived success has been a delight to us all.”

The assignments first given to Scarry tended to be Little Golden Books that featured popular licensed characters of the day, such as Winky Dink, Rudolph the Red-Nosed Reindeer, and Smokey the Bear. Eventually Scarry created many original characters such as Lowly Worm and Huckle Cat. But first came Nicholas, a young rabbit clad in red overalls, for the now-iconic board book I Am a Bunny. 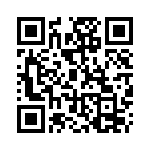