William G. Dever is Distinguished Visiting Professor at Lycoming College in Williamsport, Pennsylvania, and Professor Emeritus at the Arizona Center for Judaic Studies at the University of Arizona. Professor Dever has more than fifty-five years of archaeological field experience and is the author of more than four hundred publications. 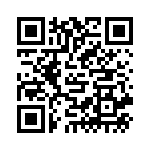