Reading this due to my thesis uses the theory of the body. Very great book suggested to those who are interested in studying gender Read full review

In Bodies that Matter Judith Butler replies to the criticism of her earlier book Gender Trouble. She argues with the feminist thinkers who see the body as matter--a material body with a sexual ... Read full review 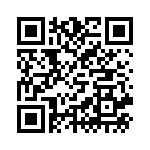