Dirk Draheim holds a Diploma in Computer Science from the Technische Universität Berlin since 1994 and a PhD in Computer Science from the Freie Universität Berlin since 2002. Since 1999 he gives lectures on Software Engineering at the Freie Universität Berlin. From 2004 to 2006 he was a research associate in the project "Typed User Interfaces", which is granted by the German Research Foundation DFG. In summer 2006 he was lecturer in human-computer interaction at the University of Auckland. Since summer 2006 until autumn 2008 he was senior researcher at the SCCH (Software Competence Center Hagenberg) in the position of the Area Manager Database Technology. Furthermore, he was guest professor in software engineering at the University of Mannheim in winter 2006 and guest lecturer in applied computer science at the Johannes Kepler University Linz in summer 2007 and summer 2008. Since autumn 2008 he is head of the IT department of the University of Innsbruck. Dirk Draheim is interested in system modeling, semantic web, web applications, and databases. 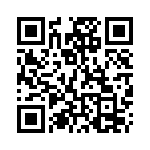