I might owe my fast reading of this book to my Starbucks coffee run, but it could also be attributed to the good and interesting writing in this book. "Buzz: The Science and Lore of Alcohol and ... Read full review

BUZZ: The Science and Lore of Alcohol and Caffeine

Not many users of the world's two most popular drugs know the details of their chemical or biological effects; here's a good introduction. Braun, a science writer and television producer, begins with ... Read full review

Stephen Braun is an award-winning science writer and television producer living in Boston. He is currently Executive Producer at the New England Research Institutes. 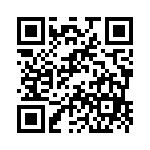