Robin Room grew up in Sydney, Australia and received his higher education in the U.S., with a PhD in sociology from the University of California, Berkeley. He was the Scientific Director of the Alcohol Research Group in Berkeley, a U.S. National Alcohol Research Center, from 1977 to 1991, and then the Vice-President for Research at the Addiction Research Foundation of Ontario, Canada, from 1991 to 1998. In 1999 he was appointed as a professor and the founding director of the Centre for Social Research on Alcohol and Drugs at Stockholm University. Since March, 2006, he has been a Professor in the School of Population Health of the University of Melbourne and the Director of the AER Centre for Alcohol Policy Research at Turning Point Alcohol and Drug Centre. He has worked on social, cultural and epidemiological studies of alcohol, drugs and gambling behaviour and problems, and studies of social responses to alcohol and drug problems and of the effects of policy changes.

Benedikt Fischer, PhD, obtained his doctorate in Criminology at the University of Toronto (Canada) in 1998. After appointments as a Research Scientist at the Centre for Addiction and Mental Health (CAMH) as well as a faculty member in the Department of Public Health Sciences and at the Centre of Criminology, University of Toronto, he joined the newly established Faculty of Health Sciences, Simon Fraser University, Vancouver, Canada, in 2008. There, he is a full professor and holds a CIHR/PHAC Research Chair in Applied Public Health and a Michael Smith Foundation for Health Research Senior Scholar Award. His research is interdisciplinary in nature, and concentrates mainly on substance use and mental health, infectious diseases, urban/public health, criminal justice, marginalized populations, interventions and policy. He is widely published in these areas.

Wayne Hall is an NHMRC Australia Fellow and Professor of Public Health Policy in the School of Population Health, University of Queensland. He was formerly Director of the Office of Public Policy and Ethics at the Institute for Molecular Bioscience, UQ (2001-2005) and Director of the National Drug and Alcohol Research Centre at UNSW (1994-2001). He has advised the World Health Organization on: the health effects of cannabis use; the effectiveness of drug substitution treatment; the scientific quality of the Swiss heroin trials; the contribution of illicit drug use to the global burden of disease; and the ethical implications of genetic and neuroscience research on addiction.. In 2001 he was identified by the Institute for Scientific Analysis as one of the world's most highly cited social scientists in the past 20 years.

Simon Lenton, PhD, MPsych(clin), is a Professor and Deputy Director at the National Drug Research Institute, in Perth Western Australia where he has worked since 1993. He also works part time as a Clinical Psychologist in private practice specializing in drug issues. Simon previously worked in the government alcohol and other drug sector as a clinical psychologist and manager. His research interests include bridging the gap between drug policy research and drug policy practice, illicit drug use and harm reduction, impact of legislative options for drugs, and drink and drug driving. He has published more than 30 scientific articles, book chapters and reports on cannabis, health and the law and presented on the topic at numerous national and international conferences.

Peter Reuter is Professor in the School of Public Policy and in the Department of Criminology at the University of Maryland. He is Director of the Program on the Economics of Crime and Justice Policy at the University and also Senior Economist at RAND. He founded and directed RAND's Drug Policy Research Center from 1989-1993; the Center is a multi-disciplinary research program begun in 1989 with funding from a number of foundations. His early research focused on the organization of illegal markets and resulted in the publication of Disorganized Crime: The Economics of the Visible Hand (MIT Pres, 1983), which won the Leslie Wilkins award as most outstanding book of the year in criminology and criminal justice. Since 1985 most of his research has dealt with alternative approaches to controlling drug problems, both in the United States and Western Europe. 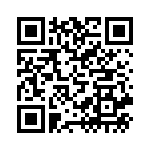