Aba and Ida Taratuta were among the leaders of the struggle for freedom in Leningrad in the former USSR during the 1970s and 1980s. They were well known in the West and had constant contact with foreign movements for Soviet Jewry. 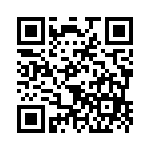