Dr. Constantine C. Menges , formerly a senior fellow at the Hudson Institute, he passed away in early 2004. He served several years in the White House as special assistant to President Reagan for National Security Affairs and at the CIA as national intelligence officer. Menges frequently testified before the U.S. Congress and is an advisor to members of Congress on international issues and U.S. foreign policy. Menges' articles have appeared in the New York Times, Washington Post, New Republic, and Washington Times. 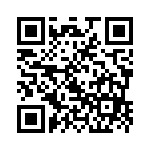