Poshek Fu is a professor of history, cinema studies, and East Asian languages and cultures at the University of Illinois, Urbana-Champaign. He is the author of Between Shanghai and Hong Kong: The Politics of Chinese Cinemas and Passivity, Resistance, and Collaboration: Intellectual Choices in Occupied Shanghai. 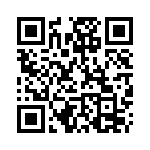