The author provides a list of recommended behaviors for civility. I found this fairly useless in that it is preachy not much more than behavior norms and obvious faux pas. There is not much here. Read full review

Very readable, thought-provoking book about courtesy, politeness, civility, whatever you want to call it. What I liked: It tried to find a balance between paying attention to/respecting the needs of ... Read full review

DR. P.M. FORNI is an award-winning professor of Italian Literature at Johns Hopkins University. In 2000 he founded The Civility Initiative at Johns Hopkins and over the years has continued to teach courses on the theory and history of manners. His book Choosing Civility (2002) has sold more than 100,000 copies. Reports on his work have appeared on The New York Times, The Times of London, The Washington Post, The Wall Street Journal, and The Los Angeles Times. He has been a on a number of radio and television shows, including ABC's World News Tonight, CBS Sunday Morning and BBC's Outlook. For years he was a regular on-the-air contributor to the Baltimore NPR affiliate station and the nationally syndicated radio show The Satellite Sisters. 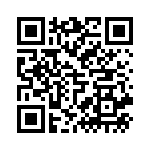