Lachlan Umbers is Lecturer in Philosophy at the University of Western Australia (UWA), Perth. He works primarily in moral and political philosophy, with a particular focus upon issues in democratic theory and climate justice. His work has been published in journals such as the British Journal of Political Science, Philosophical Studies, Political Studies, Social Theory and Practice, and the European Journal of Political Theory. With Jeremy Moss, he is the co-editor of Climate Justice and Non-State Actors: Corporations, Regions, Cities, and Individuals (Routledge).

is Professor of Political Philosophy at the University of New South Wales (UNSW), Sydney. His main research interests are in political philosophy and applied philosophy. Current research projects include: climate justice, the ethics of renewable energy, as well as the ethical issues associated with climate transitions. He is Director of the Practice Justice Initiative and leads the Climate Justice Research programme at UNSW. Moss has published several books, including Reassessing Egalitarianism (Springer), Climate Change and Social Justice (Melbourne University Press), Climate Change and Justice (Cambridge University Press), and, with Lachlan Umbers, Climate Justice and Non-State Actors: Corporations, Regions, Cities, and Individuals (Routledge). 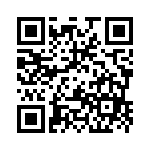