Simon Anholt is the leading authority on managing national identity and reputation. He is the British Government's advisor on Public Diplomacy, and has advised the governments of the Netherlands, Jamaica, Tanzania, South Korea, Sweden, Botswana, Germany, the Baltic Sea Region, Bhutan, Ecuador, New Zealand, Switzerland and Slovenia, as well as organisations including the United Nations, the World Economic Forum and the World Bank. He is a Parliamentarian of the European Cultural Parliament and Founding Editor of the quarterly journal, Place Branding and Public Diplomacy. His books include Another One Bites The Grass; Brand New Justice (which deals with the role of brands in economic development), and Brand America, (which charts the rise and fall of America's reputation). He is also a co-author of Beyond Branding, The Economist's Brands and Branding, Heritage and Identity and Destination Marketing. He is the founder of the Anholt Nation Brands Index and City Brands Index. 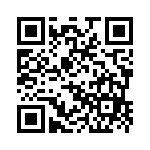