Paul Strangio is a Senior Lecturer of Politics in the School of Political and Social Inquiry at Monash University. A biographer and political historian, he has written extensively in the field of Australian political history. He is the author and editor of several books, including Keeper of the Faith: A Biography of Jim Cairns (2002), The Great Labor Schism: A Retrospective (2005) and The Victorian Premiers, 1856_2006 (2006). He has also been a frequent commentator on Australian politics in both the print and electronic media. Nick Dyrenfurth is a Postdoctoral Research Fellow in the Discipline of Work and Organisational Studies at the University of Sydney. He is currently Associate Editor of the journal Labour History. He previously taught history and politics at Monash University, where he also wrote his PhD on the culture of the early ALP. His work has been published in Labour History, Australian Journal of Politics and History, Australian Journal of Political Science and Journal of Australian Studies. In addition, he has written for The Australian, The Age and The Canberra Times. 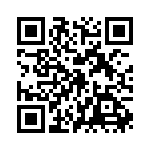