Swami Shankarananda (Swamiji) is a spiritual master who has been guiding students for 40 years with warmth, humour and depth. He carries the energy of one of the most powerful mystical lineages of India, and has awakened thousands of seekers to the spiritual path. A prolific writer, Swamiji is regarded as an authority on meditation, Self-inquiry and Kashmir Shaivism — a powerful mystical philosophy whose goal is to see and experience the world as a divine play of Consciousness. He is the author of the best-selling guide to meditation, Happy for No Good Reason, as well as numerous other books including the classic Consciousness Is Everything — a comprehensive and practical introduction to Shaivism. Originally from New York, Swamiji travelled to India in the early 1970s where he met great saints and sages including his teacher Baba Muktananda, who initiated him into the Saraswati order of teaching swamis. In 2010 Swamiji received the prestigious Hindu title Mahamandaleshwar, meaning 'great teacher', in recognition of his international work. Swamiji has headed ashrams in Australia and the United States and lectured on meditation and spirituality at organisations including the Harvard Medical School, Melbourne and Monash universities and the National Gallery of Victoria. He is also a leading spokesman for interfaith dialogue. In 1991 Swamiji founded the Shiva School of Meditation and Yoga, in Mount Eliza, Australia, where he is now based. Swamiji often tours interstate and internationally and he has trained many teachers and swamis to participate in his work. Known among his students for his great sense of humour, Swamiji's teachings are both wise and practical, giving the inspiration and tools to bring spirituality into everyday life. www. shivayoga.org 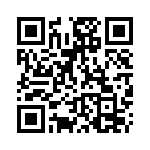