GORDON B. ARNOLD is Professor of Liberal Arts at Montserrat College of Art in Beverly, Massachusetts, where he has taught courses in film, media, and politics for many years. He was previously a reference librarian and library director at public and academic libraries. His publications include the book The Politics of Faculty Unionization (2000), as well as articles in Library Journal, Change, and Labor Studies Journal. 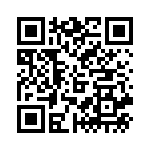