Jordan E. Goodman was the Wall Street correspondent at Money magazine for 18 years and is currently a weekly commentator on Public Radio International's Marketplace in the Morning show, as well as on CNBC, MSNBC, and many other radio and television stations. He is the author of Barron's Dictionary of Finance and Investment Terms, Everyone's Money Book, and the newly published Everyone's Money Book series on financial planning; college; real estate; stocks, bonds, and mutual funds; credit; and retirement planning.

Paul E. Lovejoy is a Distinguished Research Professor at York University, Toronto and holds the Canada Research Chair in African Diaspora History. He is a Fellow of the Royal Society of Canada, director of the Harriet Tubman Institute for Research on the Global Migrations of African Peoples and a member of the UNESCO 'Slave Route' Project. Lovejoy's recent publications include Repercussions of the Atlantic Slave Trade (2010) and Slavery, Islam and Diaspora (2009). He is the editor of the Harriet Tubman Series on the African Diaspora for Africa World Press. He has received several awards, including an honorary doctorate from the University of Stirling in 2007, the President's Research Award of Merit from York University in 2009 and the Distinguished Africanist Award from the University of Texas, Austin in 2010. 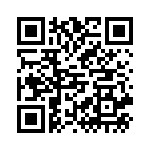