First I wasn't sure if I should blame my lack of comprehension on the Finnish translation or the original text. But the further I read, the more convinced I became that the author himself was to blame ... Read full review

Pierre Rosanvallon is Professor and Chair of modern and contemporary political history at the Collčge de France.

Arthur Goldhammer, a translator specializing in French history, literature, philosophy, and social science, has translated more than a hundred works by many of France's most noted authors. He is on the editorial board of the journal French Politics, Culture and Society and in 1996 was named Chevalier de l'Ordre des Arts et des Lettres by the French Minister of Culture. 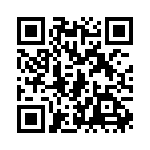