Arie Ruttenberg is co-founder of Israel’s largest advertising agency, where for over 30 years he applied his creative skills daily. Later, he started a new enterprise, Club 50, which provides tools to those 50 and over for reinventing their lives. At present he is working on a new startup, Creativity Bank.

Arie was born in Tel Aviv, on August 8, 1948, less than three months after the state of Israel achieved independence. His parents were Holocaust survivors who immigrated to Israel a year before his birth, from the European death camps. He was born at the height of Israel’s War of Independence, and at the age of 8, experienced another war, the Sinai Campaign (1956). At age 19, as a combat soldier in the Israel Defense Forces, he was seriously injured by an explosive device that damaged both his sight and his hearing, and was declared 100 percent disabled. He ascribes his creativity and innovative skills to the instability and the hardships in his life, which forced him constantly to search for original solutions in order to deal with reality.

Despite the physical challenges Ruttenberg began to study economics and management at the Technion, Haifa, in 1969. Technion is Israel’s leading science and technology university, and among the best institutions of its kind in the world. At Technion, Ruttenberg met Shlomo Maital, one of his economics instructors, and with him researched and published an article that was to become a path-breaking paper in behavioral economics and experimental economics. From that time, they have remained in close touch, stimulating each other with ideas on creativity, in the course of their careers.

On completing his Technion studies, Ruttenberg chose to enter an industry that gave full expression to his creativity, the world of advertising. After a meteoric career of only four years, during which he became a partner in an ad agency, he opened his own advertising agency, in 1979, at age 31, together with some partners. The ad agency Kesher Barel became the largest of its kind in Israel, and in 2005 was sold to the global ad agency McCann Erickson. Today, McCann Erickson Israel is the largest, and leading, ad agency in Israel and has one of the best global networks. With his retirement from the advertising industry in 2005, at age 57, Ruttenberg decided to contribute to a revolution in thinking that seemed especially vital to him at the time—adapting the modern lifestyle to the new reality of lengthening life expectancy. With his creative vision, that we are at the onset of a new era, People Live Twice, he wrote a book by that name, and then launched a company with several friends, to implement his vision. The company, Club 50, is successful and Ruttenberg continues to be active in implementing his vision of second careers for those over 50.

Ruttenberg continues his activities in Club 50, which supplies new social contacts, financial services, health services, leisure services, and more through an advanced communications network that includes a web site, a wide span of newsletters, cell phone communications, and a new magazine. Ruttenberg published in 2008, together with Psychologist Carlo Strenger, the book Why Not Live Twice. A decade earlier, he published the book It’s OK Everything’s Not OK, an illustrated book for children, in Hebrew, now available in English as well.

Shlomo Maital is Senior Research Fellow at the Samuel Neaman Institute for Advanced Studies, Technion, and Professor (Emeritus) at Technion–Israel Institute of Technology, Haifa, Israel. He was the academic director of TIM–Technion Institute of Management, Israel’s leading executive leadership development institute, and a pioneer in action-learning methods, from 1998 to 2009, working with over 200 high-tech companies and startups. He was summer visiting professor for 20 years at the MIT Sloan School of Management for Management of Technology MSc program, teaching over 1,000 research and development (R&D) engineers from 40 countries. He is the author, co-author, or editor of 12 books, including Cracking the Creativity Code (2014), Technion Nation (2012), Global Risk/Global Opportunity (SAGE, 2009), Innovation Management (SAGE, 2007; 2nd edition, 2012), and Executive Economics (1994), translated into seven languages. He was co-founder of SABE–Society for Advancement of Behavioral Economics. 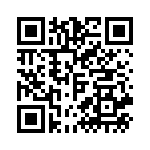