Page 13 - Lombroso's basic philosophy of punishment never changed. In opposition to the Enlightenment principles of Beccaria, he counseled that punishment be tailored to individual criminals rather than to their crimes. He explicitly rejected the principle of moral responsibility, arguing that criminals acted out of compulsion from either their innate physical and psychological degeneracy or from the social environment.
Appears in 2 books from 2006
Page 15 - to claim that the death sentence contradicts the laws of nature is to feign ignorance of the fact that progress in the animal world, and therefore the human world, is based on a struggle for existence that involves hideous massacres.
Appears in 2 books from 2006-2008
More
Page 14 - Pennsylvania or cellular system, where inmates lived and worked in separate cells to prevent communication and moral contamination. Preferable to prison were fines or, if the defendant was poor, community service. For nondangerous criminals, Lombroso advised judges to recommend house arrest, police surveillance, or simply judicial reprimands.
Appears in 2 books from 2006
Page 11 - Alcoholic criminals are usually free of physical anomalies, but excessive drinking causes them to develop the same psychological traits as born criminals: impulsiveness, cruelty, lack of remorse, and laziness. Often inheriting a weak constitution from alcoholic parents, offenders of this type are predisposed to violent acts like murder, rape, and homicide.
Appears in 2 books from 2006
Less

Cesare Lombroso (1835-1909), an internationally famous Italian physician and criminologist, wrote extensively about jurisprudence and the causes of crime. He produced more than thirty books during his lifetime.

Mary Gibson is Professor of History at John Jay College of Criminal Justice and the Graduate Center of the City University of New York. Her books include Born to Crime: Cesare Lombroso and the Origins of Biological Criminality. Nicole Hahn Rafter is Senior Research Fellow at Northeastern University. Her books include Creating Born Criminals. Rafter and Gibson translated Lombroso's Criminal Woman, the Prostitute, and the Normal Woman, also published by Duke University Press. 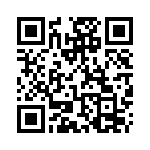