Ian Laver is a fiction writer living in southeast Queensland. A short working life in the government gave him a solid grounding in writing fiction. Also, many years in the building industry and travelling the world has added to his story-telling experiences. He was editor of a small country association magazine and had a regular column in an on-line magazine. Ian has been associated with many writing groups and was President of the Sunshine Coast Literary Association. He has two novels and three collections of short stories to his credit as well as numerous writing awards, including two Henry Lawson Emerging Writer. At present he is involved in a Haiku poetry group. 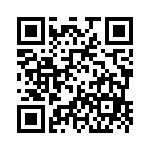