Samuel Alexander is a lecturer with the Office for Environmental Programs and researcher at the Melbourne Sustainable Society Institute, University of Melbourne. His interdisciplinary work focusses primarily on the socio-economic implications of renewable energy transitions. He is author of twelve books, including 'Prosperous Descent: Crisis as Opportunity in an Age of Limits' (2015) and 'Sufficiency Economy: Enough, for Everyone, Forever' (2015).

Peter Burdon is Associate Professor at the Adelaide Law School and a delegate for the National Tertiary Education Union. He is also Associate Dean (Learning and Teaching) for the Adelaide Law School. Peter's research uses interdisciplinary materials from sociology, political science, economics, philosophy, history and environmental studies. Peter is an expert in environmental theory and has written and edited books on Earth Jurisprudence and Earth Democracy. In 2017 he published a book on Hannah Arendt and the trial of Nazi war criminal Adolf Eichmann. 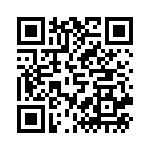