Jurg Steiner is Professor Emeritus of Political Science at both the University of North Carolina, Chapel Hill and Universität Bern, Switzerland. He is the author of Deliberative Politics in Action (with André Bächtiger, Markus Spörndli and Marco R. Steenbergen, Cambridge, 2005) and The Foundations of Deliberative Democracy (Cambridge, 2012), and is a frequent consultant on the practical application of deliberation, especially on the Balkans.

Maria Clara Jaramillo is Assistant Professor in International Relations at Pontificia Universidad Javeriana, Columbia. She has acted as Director of the Diplomatic Academy of the Colombian Ministry of Foreign Affairs, and is currently Vice Director of the Defensoria del Pueblo, an institution that is charged with all issues related to human rights.

Rousiley C. M. Maia is Professor of Political Communication at Universidade Federal de Minas Gerais, Brazil. She is the author of Recognition and the Media (2014), Deliberation, the Media and Political Talk (2012), Media e Deliberaçăo (2008), and Comunicaçăo e Democracia (with Wilson Gomes, 2008). She is an editor of The International Encyclopaedia of Political Communication (with Gianpietro Mazzoleni, Kevin G. Barnhurst, Ken'ichi Ikeda and Harmut Wessler, 2015).

Simona Mameli is a PhD candidate of political science at Universität Bern, Switzerland. She has a Masters in International and Diplomatic Sciences from Universitá degli studi, Bologna, Italy. As a specialist in the politics of the Western Balkans, she worked at the Italian Ministry of Foreign Affairs and at the Central European Initiative. She currently works on applying the deliberative approach to climate change adaptation measures. 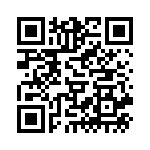