Michael F. Strohmer leads Kearney’s European Operations & Performance Transformation practice, and is one of the founders of PERLab in Europe. Based in Vienna, Austria, he joined the firm in 2001. Michael has led projects with a broad range of international clients, mainly in post-merger integration and carve outs. His work encompasses the utilities, automotive, consumer goods and process industries in various European countries, as well as Russia and the United States. He is an expert in operations & procurement transformation, post-merger management, raw materials and large scale CAPEX projects. Michael has published several books and is also co-author of the books “The Purchasing Chessboard,” “Supplier Relationship Management” and “The CPO – Transforming Procurement in the real world.” Michael likes to discuss with CxOs the future of the economy and especially the future of operations. He earned a doctorate degree in business administration and in law. Michael lives in Austria’s picturesque lake region near Salzburg.

Stephen Easton has two decades of experience in consulting working with procurement organizations to help them grow their capabilities and create more value for their businesses. Stephen’s work is cross-industry and encompasses sectors as diverse as banking and aerospace. Stephen started his career as a Chartered Management Accountant and holds an MBA from Cornell University. His first degree was in politics, philosophy and economics from Oxford.

Martin Eisenhut is a partner and managing director of Kearney's Central Europe unit. Based in Munich, he is also global leader of the firm's Industrial Goods & Services Practice, and leader of the Aerospace & Defense Practice for the Europe, Middle East and Africa region. Martin has extensive experience as a manufacturing strategy consultant and has supported an array of projects in engineered products, automation, aerospace and defense, automotive supply and microelectronics. Martin is widely recognized as a leader in industrial goods and services, and he also holds supervisory board positions in Europe. Before joining Kearney, Martin was the global head of the Engineered Products & High Tech Competence Center at Roland Berger Strategy Consultants in Munich and was a member of the Supervisory Board. Martin earned a computer science degree at the University of Passau in Germany and a doctorate in computer science at the Technical University of Munich. He also completed an apprenticeship as a skilled worker in a machinery company.

Elouise Epstein is a digital procurement futurist and Kearney vice president, based in San Francisco. She has nearly two decades of experience working with procurement and supply chain organizations to architect, design and adopt digital technologies. She works to disrupt sub-par technology adoption and build future strategies through advanced partnerships with startups and emerging technology solution providers. Elouise is an inaugural member of ISM’s Thought Leadership Council and frequent writer and presenter about digital procurement. She is co-author of Kearney’s Future of Procurement whitepapers, a twelve-part series developed in partnership with leading clients that charts a vision for future success in procurement.

Robert Kromoser has been with Kearney since 1998. He is based in Vienna, Austria, and gained most of his consulting experience in international projects in Germany, Switzerland, Belgium, Denmark, Netherlands, France, Italy, Great Britain, Taiwan, and the United States. He is a member of the leadership team of Kearney’s Procurement Practice, with a focus on strategic sourcing, procurement transformation, and supplier risk management. Robert has led multiple projects in the automotive, construction equipment and machinery, chemicals and building materials industries. In several studies, he analyzed the role of strategic sourcing and procurement as a value-adding factor. Robert is also co-author of the Kearney book “The Purchasing Chessboard.” Robert studied business administration at Vienna University of Economics and Business Administration in Austria and at Carnegie Mellon University in the United States. He lives near Vienna’s famous baroque park, Augarten.

Erik R. Peterson is a partner at Kearney and managing director of the firm’s Global Business Policy Council (GBPC), a strategic advisory service for business leaders. In the most recent survey of the University of Pennsylvania’s assessment of 6,600 think tanks, the GBPC was ranked the fourth best for-profit think tank in the world. Since joining Kearney in 2010, Erik has guided initiatives relating to strategic foresight, including a program on scenario planning with Oxford University and summits on strategic planning. In 2017, he was elected to the board of Kearney’s Energy Transition Institute. Erik is also a senior advisor at the Center for Strategic and International Studies (CSIS). Formerly, he was senior vice president at CSIS and held the CSIS William A. Schreyer Chair in Global Analysis. Before joining CSIS, Erik was Director of Research at Kissinger Associates. Erik received an MBA from the Wharton School, an MA from The Johns Hopkins University School of Advanced International Studies, and a BA from Colby College.

Enrico Rizzon is a partner in Kearney’s Melbourne office who has a decade of consulting experience primarily focused on organizational productivity and transformation programs. Recently, his focus has been on procurement and the ever-growing application of analytics in business. He now leads Kearney’s Procurement and Analytics Solutions Practice for Asia Pacific. Enrico speaks regularly at conferences and frequently writes on procurement-driven transformation and more recently on the competitive advantage that can be driven through analytically enabled organizations. He is Chairman of the Melbourne Business School Centre for Business Analytics, where he helps shape future talent and research on business analytics. Enrico has an undergraduate degree in chemical engineering (Hons) from the University of Adelaide and an MBA from the Melbourne Business School. 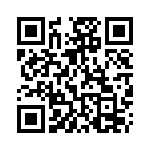