This is not a book, but a very well thought out, evidence based instruction program on positivity. As a person with a PhD in psychology, I know that the communication strategies it teaches work, but you don’t have to take my word for it. Bob Selden references his sources as meticulously as for any academic writing. Fortunately, though, this is the opposite of typical academic writing: easy to read and simple to follow.
Learning is through doing. Reading a book about tennis won’t teach you to play. Appropriately, this book is full of exercises. Follow the instructions, and watch your life improve.
Five stars for an excellent, enjoyable program.

Bob Selden is a management trainer and author. He's trained managers in Australia and internationally for the last 30 years including a three-year stint at one of the world's premier business schools, the International Institute for Management Development in Lausanne, Switzerland.Bob's book "What To Do When You Become The Boss" was self-published in 2007 and has since been picked up by a major publisher. It became a business best-seller in 2010 in the UK and Australia and has now sold over 50,000 copies and been published in four languages. Bob recently revised the original edition adding new chapters on change, virtual teams and the social media. As an educator, Bob's passion is helping managers and particularly new managers, become better managers.Bob's interest in how language impacts our behaviour was piqued when coaching adult rugby players and children's sport's teams - sport is one activity where one's coaching efforts can be seen almost immediately - sometimes alarmingly so!Bob lives in Moss Vale in the beautiful Southern Highlands of NSW, Australia with his wife Anita and dog Gemma. He's a keen cyclist and gardener and together with wife Anita, loves travelling to visit family in France and friends in Switzerland.You may contact Bob through his business website www.nationallearning.com.au 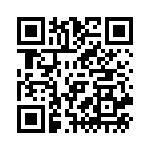