Robert is widely known for his work on behalf of people with disabilities. In 1968 he received a Rosemary Dybwad International Award, enabling him to travel and study attitudes toward people with disabilities throughout Sweden and Denmakr. In 1987 he and Martha Perske shared the Healing Community Arts & Letters Award at the United Nations in New York. The Perskes have collaborated on two major reports to U.S. presidents: Mental Retardation: The Leading Edge, for President Carter; and, in cooperation with others, Mental Retardation: Century of Decision, for President Nixon. 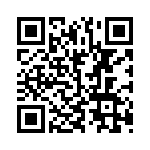