Engrossing story about a woman who nearly died of cancer then experienced a miraculous recovery. The account provides some evidence that our physical well being may, in some cases, be linked to our beliefs. Read full review

This book was really instrumental for my growth in terms of teaching me how to love and embrace myself. Anita assured us in her own beautiful way that we are all perfect just the way we are, and that ... Read full review

Anita Moorjani was born in Singapore of Indian parents, moved to Hong Kong at the age of two, and has lived in Hong Kong most of her life. Because of her background and British education, she is multilingual and grew up speaking English, Cantonese, and an Indian dialect simultaneously; she later learned French at school. Anita had been working in the corporate world for many years before being diagnosed with cancer in April 2002. Her fascinating and moving near-death experience in early 2006 tremendously changed her perspective on life, and her work is now ingrained with the depths and insights she gained while in the other realm. As a result of her near-death experience, Anita is often invited to speak at conferences and events around the globe to share her insights. She’s also a frequent guest at the University of Hong Kong’s department of behavioral sciences, speaking on topics such as dealing with terminal illness, facing death, and the psychology of spiritual beliefs. She is the embodiment of the truth that we all have the inner power and wisdom to overcome even life’s most adverse situations, as she’s the living proof of this possibility. Anita currently lives in Hong Kong with her husband, and when she’s not traveling and speaking at conferences, she works as an intercultural consultant for multinational corporations based in the city.Website: www.anitamoorjani.com 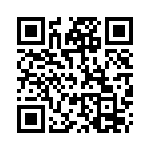