Back in 2010 the barrister Philippe Sands was asked to give a lecture at Lviv University in Ukraine on the subjects of genocide and crimes against humanity. This gave him the opportunity to visit the ... Read full review

Philippe Sands has produced a gem of a book, in which he combines an account of the development of the international law addressing crimes against humanity and genocide, with a history of the city ... Read full review

Philippe Sands is Professor of Law at University College London and a practising barrister at Matrix Chambers. He frequently appears before international courts, and has been involved in many of the most important cases of recent years, including Pinochet, Yugoslavia, Rwanda, Iraq, Guantanamo, Chagos and the Rohingya in Myanmar. He is the author of LAWLESS WORLD, TORTURE TEAM and the Sunday Times bestselling EAST WEST STREET, which also won the Baillie Gifford Prize and was named Non-fiction Book of the Year at the British Book Awards. 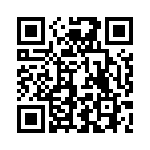