Danny Furlong led a pretty standard life as a computer programmer and professional runner, along with time in the army as a commando soldier, parachuting, cliff climbing and mining. When he was thirty-eight, Danny suffered a massive stroke, leaving him a mute quadriplegic. Now Danny is a writer, living independently in country Victoria, Australia. Danny’s autobiography, Flipside, was turned into a stage play and a radio play, and the book is available through eBook retailers.
Ellydd Gate is his first book in the fantasy teen series, Drinsighe Trilogy.
Check out Danny’s blog at http://www.dannyfurlong.com/blog 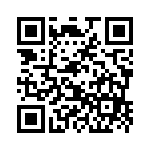