Diana Reynolds is an illustrator, writer and designer of many books, brochures and merchandise. On Redbubble, her work specialises in a detailed fusion of traditional and computer illustration, having previously worked at the Australian, Broadcasting Corporation, Foxtel, Optus Vision and Digital Pictures.

Jemma Julian is the 14 year old daughter of Diana Reynolds and the author 'Fiona for Fauna'. As well as a writer, she's a musician, actor and dancer and even has her own YouTube channel, Jemma Julian Official, where she uploads music videos for the songs she writes. An avid nature enthusiast like her mum, Jemma loves spending time outdoors and has filmed several of her music videos in the bush. 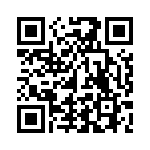