Trevor J. Blank is lecturer in American Studies and Folklore at Pennsylvania State University–Harrisburg, the editor of Folklore and the Internet (USUP 2009), and the editor of New Directions in Folklore, an open-access journal. 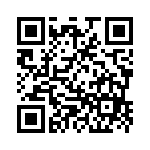