Freud in the Antipodes

We have all read of the changing role of university presses and of the pressure on those within the academy to speak to a perceived wider audience. This latest book by Melbourne University historian ... Read full review 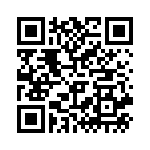