GIMP: When Life Deals You a Crappy Hand, You Can Fold -or You Can Play

Paralympic medal winner Zupan's hope in writing this book is that "when people read this book, they will be reminded that you can stage a comeback even when you think you've lost everything." However ... Read full review

I heard Jim Rome interview Mark Zupan on the radio, found it interesting, and then promptly forgot about it. A few months later, I was going through one of life's downs when the interview popped into my head. I picked up the book and read it. I passed it onto my sister to read as well.
It certainly would not be considered great literature. But for someone who is not into self-help books, it certainly proved to be inspirational. Maybe because he does not package himself as inspirational or as someone who can help you. He simply tells his story. And that is enough.
It is a fairly quick read. He tells you the story of how he became quadriplegic and how he rebuilt his life. And the difficulties in betweens those two pillars of his life. Highly recommended.

Mark Zupan is a Paralympic medal winner and the star of the MTV/ThinkFilm documentary Murderball. He lives in Austin.

Tim Swanson is the West Coast bureau chief for Premiere magazine. He lives in Los Angeles. 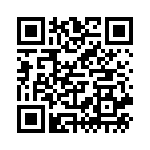